Crossing the Atlantic with solar power had already been accomplished with two other boats, but these were either very spartan equipped self-builds, or high-tech, million-worth prototypes. The Solar-Wave 62 by SILENT-YACHTS was the first solar production boat, which succeeded in doing so without giving up the conveniences of luxury yachting. She has made the trip with about 0.12 litres of diesel per kilometre. This corresponds approximately to the content of an espresso cup.

The cooking, which is usually done with gas, was done like at home – by an induction cooker. Even air conditioning was not lacking on the luxuriously equipped catamaran, which – amongst other amenities -features four cabins with two beds and four bathrooms, a high-quality kitchen, a washing machine, an ice maker and a desalination plant which allows virtually unlimited, self-sufficient travel. 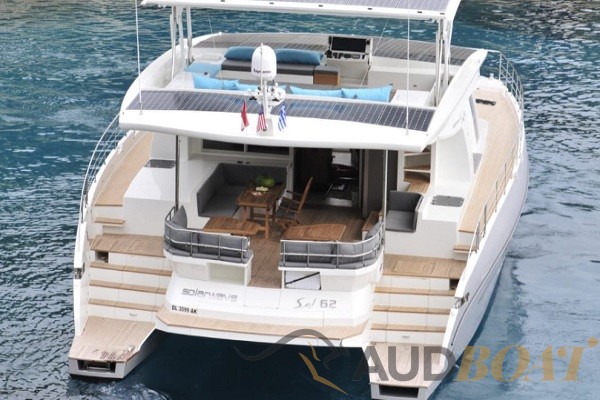